…but it’s worth it if you want to save money and do your bit for the environment. The public sector could cut 25% from heating and lighting bills with no upfront costs. So why is it doing so little to improve energy efficiency?

Our little boy Marcus won’t eat green vegetables. His mother and I cajole, hector and bribe him with promises of trips to the local park but to no avail. It doesn’t matter how good they are for him or how much we disguise them with tomato sauce, Marcus doesn’t do green or vegetables. Period.

I was reminded of this unreasonable obstinacy regarding all things green when I gave a presentation to an audience of public sector building managers. I did my normal breathless 20-minute spiel about the golden age of renewable energy funding, once in a lifetime opportunity, etc, then stood back expecting a smatter of polite applause, a few questions and possibly the odd whoop of enthusiasm. 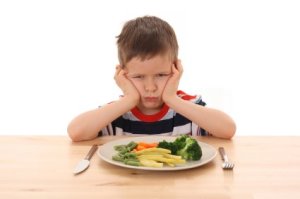 But, instead, I was met by a silent sea of sullen faces, folded arms and the odd mutter about listed buildings, austerity cuts and ‘some of us having to live in the real world’.

This experience was not entirely unexpected. Most of the developers and investors I work with used to moan about trying to sell energy efficiency to the public sector. They complained about a wall of bureaucracy, inflexible procurement regulations and a ‘not invented here’ mentality.

What is more telling now is that the market has stopped complaining and has pretty much just given up on the public sector all together. They are working with industry, retail and other more sectors where it is simply easier to get things done.

For the hard-pushed public sector, this is a massive missed opportunity. You probably work in a big draughty old building that leaks energy like a sieve. I am guessing you also complain about austerity cuts and worry about your future job security. These three facts are not entirely unrelated.

We have been over this ground before, but it is worth rehearsing once again. Collectively the public sector is the UK’s single largest consumer of energy. It has thousands of buildings, most of which are more than 50 years old and cost a fortune to heat, light and cool. As a rough guide, the sector probably spends at least a couple of billion pounds annually buying fossil fuel energy. The price of this is going up inexorably and in the last three years the price of electricity alone has risen by 50%.

At the same time, the development of technology to reduce energy consumption is booming along in leaps and bounds. Low-energy lighting, building management systems, more efficient boilers and good old-fashioned insulation have all become mainstream technologies that collectively can save 25-30% on the average building’s energy bill.

So we have three factors coming together: lots of leaky old buildings occupied by users who are facing unparalleled budget cuts; continual improvements in technology that deliver massive savings in energy usage; and, finally, the price of fossil fuel power going up every year.

There are lots of public sector organisations that talk about their green credentials but the number that are actually doing anything significant is still less than a couple of hundred or so. Yes, that’s right, a couple of hundred or so in a sector that, according to my helpful contact at the Office of National Statistics, employs 5.7 million people and has precisely 8,280 separate organisations.

As ever, there are few shining beacons in the gloom and some councils and hospitals are doing a huge amount to cut their energy costs. Peterborough, Nottingham and Wiltshire councils are all great examples of what can be done, but they are laudable exceptions. 95% of the public sector is not doing anything significant at all about energy conservation or, if they are, they are keeping it very, very quiet.

Why is this? Why doesn’t a sector that is facing savage cuts and laying off staff in their thousands do more to save money by investing in energy efficiency? The first objection I typically encounter when I bang on about this is ‘we don’t have the money’. All of these things cost hard cash, don’t pay back for years and you don’t have any money to invest.

The counter argument to this, of course, is that the Green Investment Bank has made billions of pounds available for energy efficiency schemes. That is a huge amount of money waiting to be invested. Typically, the investment comes on a pay-as-you-save basis so there is no net cost to your organisation and, if the Energy Conservation Measures don’t work, then the investor does not get paid.

So the no-money-to-pay-for-it-all argument is simply not true. This is a golden age for energy efficiency funding and if you don’t do it in the next couple of years, you never will.

I think a more fundamental objection, which is never openly articulated, is rooted in a fear of actually doing anything at all in these times of austerity. This is the hardest and longest recession of our lifetimes and people are worried about their jobs and their mortgages. So hunker down, do your day job and keep your head well below the parapet.

My sullen facilities managers are paid to manage decaying Victorian buildings. Somebody else in another department pays the energy bills, so why should the former  embark on a risky, potentially career-threatening energy conservation project to save money for the latter?

This is where the politicians and senior management need to get involved. Big picture, strategic overview, bang a few heads together to get things done, that sort of thing. However, I am not so confident that many politicians will have the courage to step up to the plate on this. British politics in all forms is a short-term business, but especially so at the local level.

In my brief experience of political activism, I quickly realised that my electorate had limited attention spans, short-term horizons and a very localised set of concerns. There are not that many votes in installing building management systems in the town hall, so why bother?

Em and I are therefore resigned to Marcus not eating his greens. He seems pretty healthy so we will grit our teeth and let it slide. We should all be more concerned about the low take up of energy conservation measures by the public sector. Since 2009, 600,000 people have lost their jobs in this sector, yet there is still a general apathy about saving money on energy.

Fossil fuels prices keep going up, you are pumping huge amounts of carbon/money into the atmosphere and the Green Investment Bank is throwing cash at the problem so you can save 25% of your energy bill with no upfront cost. This is the text-book definition of a no brainer, isn’t it?

← SO, SO YOU THINK YOU CAN TELL, HEAVEN FROM HELL?
GUEST BLOG: REFLECTIONS ON #CLLRCAMP →

Thoughts, reflections and ruminations from the BDOlocalgov team. We don't always agree with each other. We'd love to hear what you think.

Part of the Public Health Family

An International company that offers private antique art sales to clients around the globe.

Not a "how to be a great parent" blog

Random thoughts from a human being

The only thing I've consistently said is that I'm inconsistent.

A blog about all things musical, and a little more besides...

Photographs from my world.

Mainly eating and drinking my way through London. Sometimes spontaneously. Sometimes with a spreadsheet of options mapped to occasion, season, acquaintance and mood.

A blog about work (#localgov), learning, family, friends, Shropshire, cake and things that are going on at Bentham Towers HQ.

Musings from the world of public sector transformation - my views alone

Highlighting abuse and safeguarding issues in psychological therapies. Campaigning for stronger regulation in counselling and psychotherapy.

a day without OJ - A comms, digital & PR blog by Ross Wigham

"A day without orange juice is a helluva long day."

Certified as a true and accurate record

A blog looking sideways at life in local government